Registering at the seasoned old age of 129 years, Lord Stanley’s Cup is the oldest professional trophy in North America. While NHL teams are still competing to hoist the cup over a century later, that doesn’t mean the Good Ol’ Hockey game hasn’t kept pace with the changing times. Thanks to microchips embedded in game pucks and even woven into player’s jerseys (or “sweaters,” for the initiated) coaches, trainers and even fans have more access to hockey data than ever before. Packaged as NHL Edge IQ and powered by AWS, this cloud-based tech is creating a more in-depth viewer experience by offering live in-game statistics such as shot placement, save analytics, and face-off win probabilities.

To showcase this cutting-edge built-in tech, Britten WoodWorks fabricated custom-fitted displays to be featured at Ball Arena, home of the Colorado Avalanche, during the 2022 Stanley Cup Finals. The central part of the display was a rectangular build with a window cut out to install a display monitor. This middle module also came with two accompanying side displays to highlight a chip-infused puck on one and a team captain’s embroidered “C” on the other. Internally installed lighting underlit the puck and encased “C” and also provided backlighting for the AWS branding. The entire creation was then wrapped in printed graphics with informative information about the NHL Edge IQ and what it brought to the game of hockey and its viewers. Mobile and rechargeable, these displays could be dispersed around the Ball Arena concourse and were part of the high-tension and heightened atmosphere as the Avs battled it out to bring home Lord Stanley. 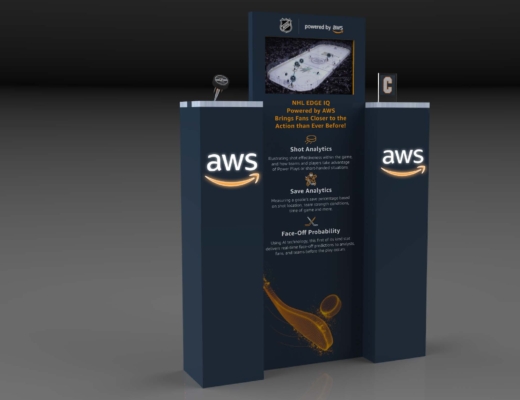 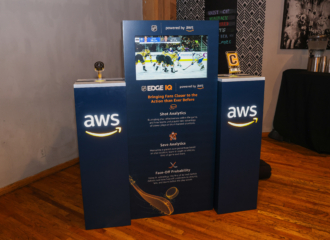